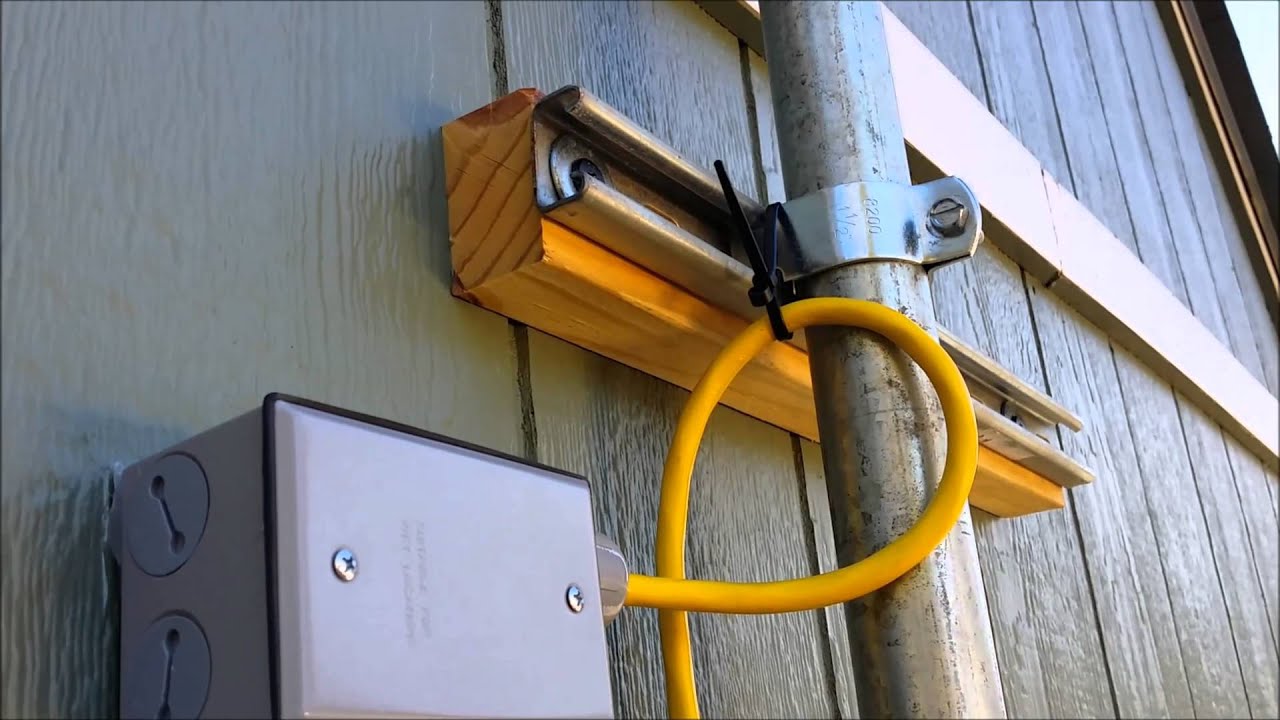 Wind Turbine Installed and Operating on the Homestead

A Wind Turbine Is A Beautiful Thing To See

Hello YouTube just wanted to show you the windmill wind turbine. It is up in an operation. It’s, a beautiful thing to see the solar panels there and then the wood, stove and then up here we have the wind turbine yesterday was raining all day and I didn’t get any solar, but the wind turbine was moving Pretty good it takes about four or five miles an hour, and then it it kicks in it’s like I walked over here.

It actually makes a little sound when it’s, going like to walk and not fall off of the roof yeah I can’t hear it, but it turned out pretty cool there’s that sling that I made. That goes up there on the side, the slip ring and back up slowly here.

So I don’t fall off see we’ve got about five miles an hour now and I think’s clipping pretty good, switching directions. Moving nicely it’s funny because it uh in the video it looks like it’s, hardly moving.

But when I see it here in real-time, I thing is moving out, so I have some guy wires on there and at three of them one goes down to the chicken house down there. One goes I get too close to over there down to the ground over.

Here and then one goes and attaches to the roof of our workshop, and then there is a electrical cable that runs down the center of the post. That’s there, and so I think that I’m about 35 feet roughly up in the air, and so once we lose the leaves a little bit which is going quickly.

Make Sure Nothing Is Blocking Your Wind Turbine

You can see the mountains right here and stuff, and so there won’t, be anything really blocking the the wind turbine. So it’s really cool and hopefully it’s gonna work out quite well. So I just want to show you how I mounted it.

I got that unis strut right there and there’s, two locations that it’s mounted on for the pipe. There goes focusing again and then there is the special clamps over there. Let me walk over there and we’ll.

That will have a look at that. So you see that’s, a special clamp that goes on there for the the unit strut, which is the channel and the pipe. Then it goes around there. That is an inch and a half pipe that’s.

What was recommended by the manufacturer – and I put it at two locations and it goes into the studs, and you can see the wires attached there. This thing should run up to like 125 miles an hour that’s.

What I read now I have left this yellow wire kind of exposed for now, because I might move this up even higher. I want to see how it rolls first, you know for a little while and then and then I can do that and then I can finish up the wiring, but then that box just goes straight into the house.

I mean the workshop so inside. We have that yellow wire right here in the round one, and that is coming in from the wind turbine, and then it goes to this set of switches here, which is three switches which I’m, going to tie.

Installing And Wiring The Wind Turbine

Probably a bar straight across here it was just a lot cheaper than buying out of other other options, to get a a special switch to shut off all the three legs of the power that comes in then we go to see if it’ll focus… there there you go, we go to that black item. There it’s called the rectifier, so there’s, three wires that attach up there to the wind turbine and the power comes down, and I believe that the power is AC, alternating current, it comes into the rectifier and that changes it Over to DC direct current – and you have your positive and negative from there – oh, we run down here up there’s, a little plug for a Missouri Wind and Solar.

That’s where I got it from, and we have this controller and a way to to dump the excess electricity that it generates if the battery bank gets full, then I’m saying. Let me think about this for a second yeah.

And this is just for a lack of a better term like an electric heater like electric heat strip, and so the electricity will go into there and be used up in there and it’ll generate a little bit of heat. Now there’s, other ways to do that. They call that a dump load and you can also run it to maybe a a DC water heater element or something along them line. So I still have to learn all that, so it goes into the charge controller and it sends the DC down to the batteries.

Now the batteries are shared between the solar system and the wind turbine, so I can get charged either way. So so far, so good everything seems to be working, and I’ll – be learning about this because I might be putting it on the house.

A little later – but this is this – is where I’m learning. So now I can see what I have to do from here and that’s. Why? I have a small solar system here too. The next thing I’ll, probably do is get some brand new batteries.

Now these, like I said, were ones that I salvaged. Then you know I wanted something that if I burned up it, wouldn’t be a lot of money out. The window and so far so good, no problem so that about wraps up the wind turbine here.

Wrapping Up My Wind Turbine Installation

If you have any questions, maybe I can answer it for you and if you enjoy the video please like subscribe and share, and I’ll. Try to share more things that are going on at the homestead and more of the skills that God’s.

Blessed me with, and so I’ve learned two ways by just doing things repeatedly and learning that way and then doing things and making mistakes, which I do make a lot of mistakes, but that’s. How you learn? Okay, benchmade fifty-five out.

Tactics4 is a participant in the Amazon Services LLC Associates Program, an affiliate advertising program designed to provide a means for sites to earn advertising fees by advertising and linking to Amazon properties including, but not limited to, Amazon.com.