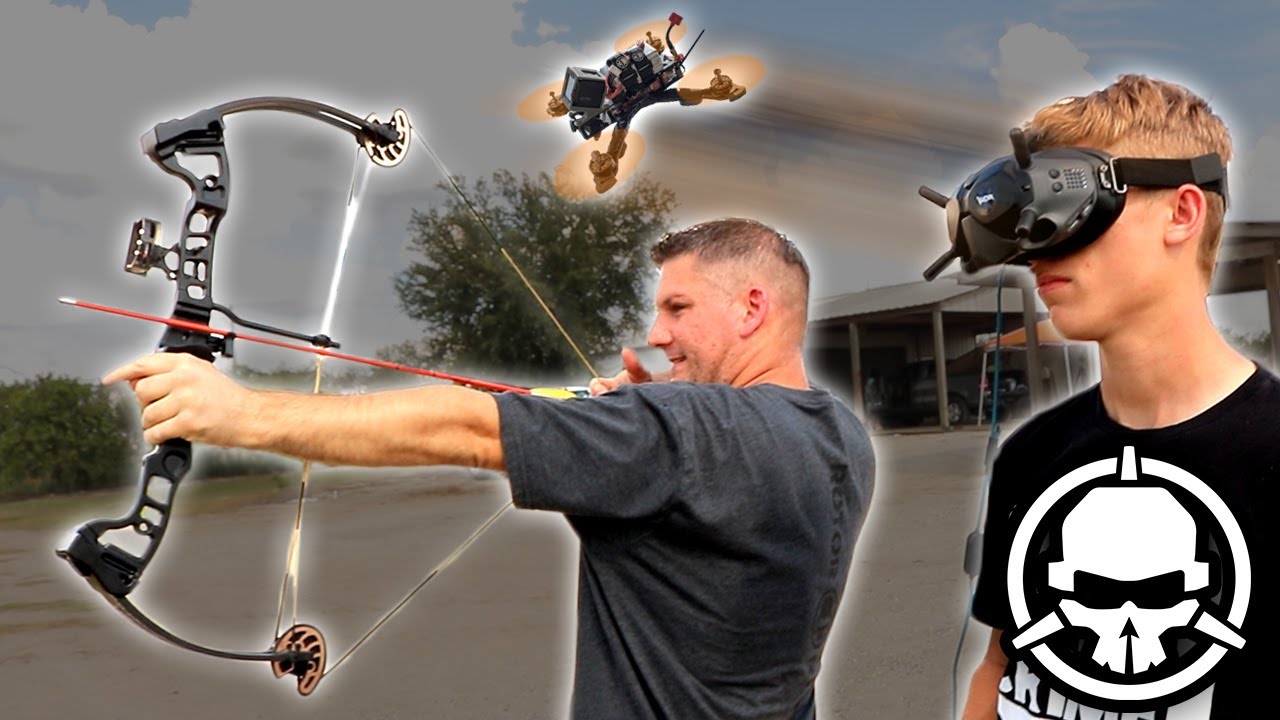 Can a Drone Chase a FLYING ARROW?!

Can You Hit The Side Of A Barn With Your Arrow

Go that was awesome!

There are not only venomous snakes out here, there are also boa constrictors. You’re freaking out yeah, you’ll, be fine. He’s from Texas. I can’t believe he’s scared of a little rattler, never not in the everglades to be fair, but like we are in the boonies. One bite from a rattlesnake is enough venom to kill 20 grown men – 20 men – one bite. Yes… how many Alex’s? You think you could kill like 40.

This is kind of a good spot to fly. Do you like rip it out here? Yeah it’s actually the best. Are you hanging out? Yeah. Cool. Hey, one of them is scared of the rattlesnakes. Tell him he should be worried, yeah tell him to be terrified. Yeah, have you ever seen one? I’ve never seen one. You could tell him that you’ve only lost one friend. Sure just one… all right.

Setting Up The Camera On The Aerial Drone

So I’m setting up everything on the DJI OSMO Action. It’s actually capable of up to 240 frames per second. I think that would make for the most killer shot if we had it filming in slow motion, but before we jump straight to that, I think we’re gonna go with a 4K at 60 frames per second.

The other thing we’re going to do is pop on an ND filter, because it is a super bright day. With the ND filter we’ve got a nice blurry background, so we’re able to see the arrow crisply. So the setup I’m running in here – is the DJI system with the KX Vista if it’s in a really tight narrow frame.

So we’re, starting to see the HD systems get even smaller. Now we’re being able to put it in these compact machines which go even faster, perform even better.

Coming from racing everything happens very, very fast or moving through five by five foot gates at 85 90 miles an hour. So this is a moving object in open air. How hard can it be right? There’s no one! I trust more to do the most difficult of shots.

How Fast Is The Arrow Going?

Do I think we’ll chase it? Oh yeah. Have you met the pilot? Once we can figure out how fast this arrow’s going to be going? If we can get that timed right, it would, probably take about three or four tries, although knowing us at Rotor Ride, it’s gonna take us all day.

So we don’t know exactly how fast these arrows are gonna be flying. We’re gonna try and figure that out. We’ve got a radar gun here that’ll tell us what kind of speeds we need to hit with the aerial drone if we actually want to be able to chase these things.

How Fast Is The Aerial Drone?

That was good 80 miles an hour, but I was only at half throttle. That was only half? Here, let me do a full throttle. You hit 103! That’s gotta be at least 3 miles an hour off… right? Because we’re not supposed to go over 100 miles an hour. It’s a thing. There’s definitely a margin of error in this, so you’re, probably only going like 99.5 miles an hour – right? I think so. I think he’s probably 99.

Basically, the idea is arrows should only fire that way, and there should never be anyone that way if there’s any potential for an arrow to be fired. So just trying to keep everything as safe as possible.

Do you know where the throttle is going to be to hold 60? Because I mean we’re pretty consistently 60 miles an hour on the arrow. I think at about 40 power is where I’m, going to need to be ready.

Well, you were way behind. I think I need to release it right when you get next to me, because I don’t think you’re going to catch that in high quality mode. Please, oh I saw I saw it. I saw it yeah you can’t even see it.

I was on it every single time. Between us, I don’t think it’s that cool, but let me try and go frame by frame. Let’s see if we can even see this thing. Yeah I don’t see it at all. I saw the arrow in my goggles.

I can’t. I mean that’s the target. I can’t even see it. Do I just go to that grassy area instead? Yeah… we can try the grassy area. Let’s go for it alright?

So we’re still having trouble getting the arrow in frame. I think the biggest issue is timing. Alex is thinking that it’s more like a speed issue, so he increased the camera angle even more so they can go faster. So if I was chasing a very slow moving object, you lower the camera angle. The faster you have to fly, the more you have to tilt the aerial drone forward, because we don’t want our camera looking straight down at the ground. So we have to angle it up like this in order to be able to chase the moving object.

So he’s got his higher camera angle and we’re also going to try having me tell Sean when to fire so that adding a third person to the equation will somehow reduce error fire.

There… that’s in frame for sure. Tthere we go – see that’s what I was saying earlier… I think the timing was good. I think that it was the firing. Now there we go!

Adjusting The Camera On The Aerial Drone

That was a good one. Oh there now you can see it yep it’s going up. See, I think more camera angles more camera angle holy crap because it’s going on a frame. That is an insane amount of angle. We’re definitely going to want that high frame rate too.

We’re, going to try some high frame rate now because it’s just happening so fast. We’ve raised the frame rate up to 240. That’s limiting our resolution to 1080, but with that high frame rate, it’s going to allow us to slow down the shot and get more out of it.

We did have to compensate for the change in exposure, though, because with that higher frame rate you can’t run the same shutter speed we were before, so now I.ve locked our shutter speed at 1 500th of a second.

And I did have to go to a lighter ND. So now we’re just hit ND4. ISO is locked at 100. It should be the most beautiful shot ever. We’re just gonna go crazy. It’s kind of crazy. While he’s not looking – let’s just do it more. Let’s, just just try it all right? I’m ready. Okay, did you hit record on the camera, Alex? No landing. It’s gonna be a juicy flight. You’re gonna lose sight of it.

Success – The Drone Catches The Arrow

It’s physically impossible, because the moment you roll you’re gonna look at the ground. That’s my point because I was with you yeah – oh my god, yeah good job. That was amazing all right. I think that’s about as good as it’s going to get good job good job.

That was sick. I was probably a pessimist beforehand. I didn’t think it looked cool. I think it looks cooler than I thought. I’ll say after seeing Alex do it I don’t think I could do it.

I was thinking I could do it if I had to, but Alex would have a better chance of pulling it off. Now that I’ve actually seen it happen and how many tries it took, I don’t think there’s too many people in the world that could even chase that. That’s intense… it’s like such a small target and it’s moving so fast.

I think we underestimated how difficult it would be, and I’m glad we brought Alex. Don’t show him this clip. We’re trying to keep him modest right? The best dang drone pilot in the world!

Tactics4 is a participant in the Amazon Services LLC Associates Program, an affiliate advertising program designed to provide a means for sites to earn advertising fees by advertising and linking to Amazon properties including, but not limited to, Amazon.com.